The Power of Story in Fundraising 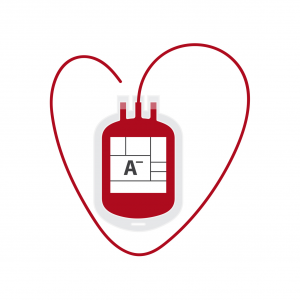 Using storytelling techniques and motivational psychology to tailor your ask and drastically increase the impact on your donor to inspire them to act.

I’m a registered donor with The Canadian Blood Services. It comes with a card that I keep in my wallet next to my gym membership and good intentions. Every month I can expect a call from Canada Blood Services asking me to donate and every time they call I set it in my mind to make an appointment, but inevitably I don’t. Until one day I did.

Instead of the usual scripted call, I got a message that they were low in my specific blood type with only 3 days left of reserves. This time I called back, booked an appointment and donated the following week. Much like going to the gym, that could have been a one-time deal. A time when I was able to push past my own inertia and self-importance, but while I was there the nurse told me something I didn’t know. Apparently my blood donation will be processed faster, getting moved up the list, much like Kim Kardashian in line at the club. Being Rh-negative means I don’t have a certain protein antigen making my blood type best suited for transfusions specifically for sick kids. Knowing that my donation was needed and used to help small children instead of the general anonymous masses of unlucky people, made a difference.

Knowing this information affected my long term motivation to donate. Unlike my gym membership, I now make regular follow up appointments.

I can point to different storytelling techniques in this ask that made it different from the rest, and other aspects of motivational psychology that came together and made this ask more effective.

When broken down to it’s simplest form, a story is about LIFE BEFORE, THE MOMENT EVERYTHING CHANGED, LIFE NOW. In this case, they had enough reserves of A- negative blood type, something happened and now they don’t. As a species, we’ve evolved to be on the look out for any changes in our environment because our survival depended on it. Although we may no longer be at the mercy of Mountain Lions, much of our decision-making process is still ruled by our lizard brain: ready to react to any change in heightened awareness. When you can highlight or speak of a change in status, you will get the attention of your audience.

The sense of Urgency:

In storytelling structure, this is known as the Catalyst. It’s what introduces the problem. It comes before the rising action (series of events or escalations stemming from the initial problem). A problem creates tension, triggers the release of stress hormones that forces us to pay attention. It kicks off our flight or fight mode that causes our vision to narrow, which in turn focuses our attention. The fact that there were only 3 days left of reserve for my specific blood type meant that I couldn’t wait until tomorrow to donate. If I did, it could mean severe consequences for someone. Consequences of possible death that I could help prevent.

Stories create a sense of shared identity. A good story makes the audience members picture themselves in your narrative. Anytime you’re able to modify your story to the audience, the greater chance you’ll have at your message stick. In this case, I was getting a call not because I was on a list, but specifically because I was on a list of A-negative donors. In this story, the main character is like me, the only difference is that I’m on the other side of bad luck. This time. (“knock on wood”) I could identify with a person that I never met before because I felt connected to them just on the bases that we have the same blood type.

As a donor, there are different intrinsic reasons that pushed me to act. Drawing from the Seven Faces of Philanthropy, I would fall under two different categories: The Altruist and The Repayer. Each to varying degrees.

A typical Repayer has benefited from some institution and now supports that institution from a feeling of loyalty or obligation.

“Knock on wood”, I’ve not needed The Canadian Blood Services, but this call came with some unique timing. My grandmother has been healthy for most her life, but at the age of 94, she had recently found herself in the hospital with a broken hip. Besides needing hip replacement surgery, she ended up being re-emitted just weeks later with a bleeding ulcer. During her emergency surgery, she required 5 blood transfusions, that without she would most likely have died. A couple of weeks later I went down to see how she was doing and out of curiosity, I asked her blood type. Turns out she’s also A-negative. I wasn’t the one to help her directly, but in donating I felt like it was a way to say Thank You to those that did.

Storytelling is effective because it has the power to trigger people’s emotions and connect with our brains’ hard-wiring in a way that makes us act.

A targeted ask that comes in the form of a story is able to tap into our intrinsic motivations and inspire us to act in ways that data and numbers can’t. A targeted ask means that I’m already engaged with the story because I can relate on a deeper level increases the chance of its effectiveness.